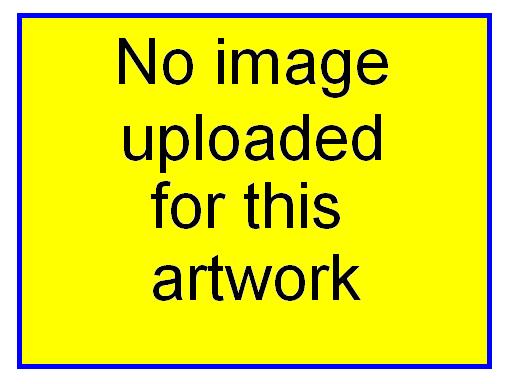 Free postage and packing to: UK Mainland only

Description:
Edith Piaf (born 19 December 1915 - 10 October 1963) was a French cabaret singer who became widely regarded as France's national diva, as well as being one of France's greatest international stars. Her music was often autobiographical with her singing reflecting her life, with her specialty being of chanson and ballads, particularly of love, loss and sorrow. Among her songs are La Vie en rose (1946), Non, je ne regrette rien (1960), Hymne à l'amour (1949), Milord (1959), La Foule (1957), l'Accordéoniste (1955), and Padam ... Padam ... (1951). In 1935, Piaf was discovered in the Pigalle area of Paris by nightclub owner Louis Leplée, whose club Le Gerny off the Champs-Élysées was frequented by the upper and lower classes alike. He persuaded her to sing despite her extreme nervousness, which combined with her height of only 142 centimetres (4ft 8in), inspired him to give her the nickname that would stay with her for the rest of her life and serve as her stage name, La Môme Piaf (Paris slang meaning "The Waif Sparrow" or "The Little Sparrow"). Leplée taught her the basics of stage presence and told her to wear a black dress, which became her trademark apparel. Later, she would always appear in black. Leplée ran an intense publicity campaign leading up to her opening night, attracting the presence of many celebrities, including actor Maurice Chevalier. Her nightclub gigs led to her first two records produced that same year, with one of them penned by Marguerite Monnot, a collaborator throughout Piaf's life and one of her favourite composers. On 6 April 1936, Leplée was murdered. Piaf was questioned and accused as an accessory, but acquitted. Leplée had been killed by mobsters with previous ties to Piaf. A barrage of negative media attention now threatened her career. To rehabilitate her image, she recruited Raymond Asso with whom she would become romantically involved. He changed her stage name to Edith Piaf, barred undesirable acquaintances from seeing her, and commissioned Monnot to write songs that reflected or alluded to Piaf's previous life on the streets. In 1940, Piaf co-starred in Jean Cocteau's successful one-act play Le Bel Indifférent.The German occupation of Paris didn't stop her career, to the contrary. She began forming friendships with prominent people, including Chevalier and poet Jacques Borgeat. She wrote the lyrics of many of her songs and collaborated with composers on the tunes. Spring 1944 saw the first cooperation and a love affair with Yves Montand in the Moulin Rouge. In 1947, she wrote the lyrics to the song Mais qu'est-ce que j'ai! (music: Henri Betti) for Montand. Within a year, he became one of the most famous singers in France. She broke off their relationship when he had become almost as popular as she was. During this time, she was in great demand and very successful in Paris as France's most popular entertainer. After the war, she became known internationally, touring Europe, the United States, and South America. In Paris, she gave Atahualpa Yupanqui (Héctor Roberto Chavero) the most important Argentine musician of folklore an opportunity to share the scene, making his debut in July 1950. She helped launch the career of Charles Aznavour in the early 1950s, taking him on tour with her in France and the United States and recording some of his songs. At first she met with little success with U.S. audiences, who regarded her as downcast. After a glowing review by a prominent New York critic, however, her popularity grew to the point where she eventually appeared on The Ed Sullivan Show eight times and at Carnegie Hall twice (1956 and 1957). Piaf's signature song La vie en rose, was written in 1945 and was voted a Grammy Hall of Fame Award in 1998. Bruno Coquatrix's famous Paris Olympia music hall is where Piaf achieved lasting fame, giving several series of concerts at the hall, the most famous venue in Paris, between January 1955 and October 1962. Excerpts from five of these concerts (1955, 1956, 1958, 1961, 1962) were issued on record and CD and have never been out of print. The 1961 concerts, promised by Piaf in an effort to save the venue from bankruptcy, debuted her song Non, je ne regrette rien. In April 1963, Piaf recorded her last song, L'Homme de Berlin. Piaf died of liver cancer at age 47 at her villa in Plascassier (Grasse), on the French Riviera, on 10 October 1963, the day before filmmaker and friend Jean Cocteau died. She had been drifting in and out of consciousness for several months.Her last words were "Every damn fool thing you do in this life, you pay for."